Jonathan Nicholas - Author
"One never ceases to wonder at the self-importance, the narcissism, of those people who always believe they know better than the rest."
Rod Liddle, 'The Spectator', 20th July 2013
Media Gallery:
June 2016:
'Who'd be a copper?' short listed for an award in the July 2016
edition of Writing Magazine.
December 2015 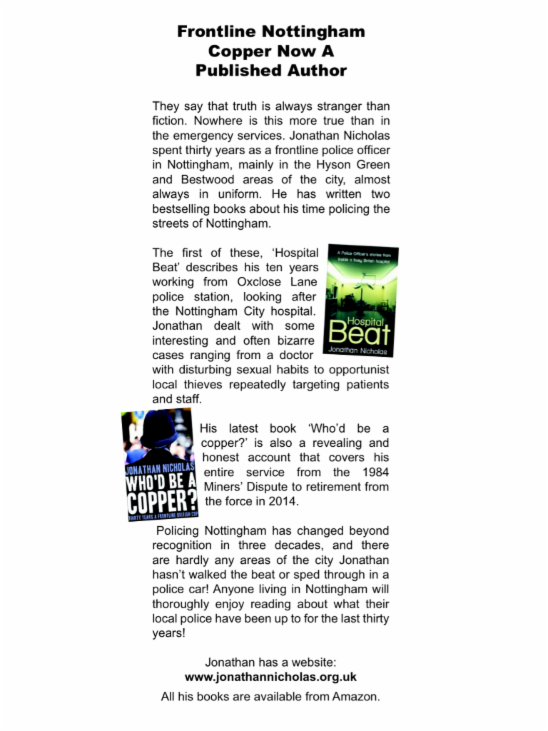 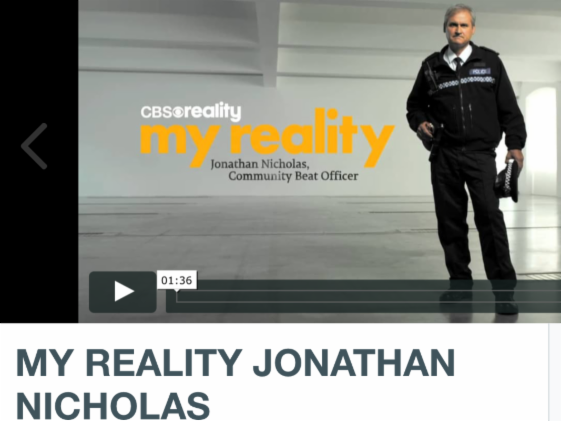 This and other CBS Reality clips can be viewed by copying the following link:
https://vimeo.com/137383074
October 2015:
Several appearances on CBS Reality TV describing some of the incidents & experiences in my police career, all of which are described in detail in my books 'Hospital Beat' and 'Who'd be a copper?'. Short pieces between programmes called 'This is my reality' which included other emergency service workers such as firemen, RNLI volunteers, and ambulance paramedics. 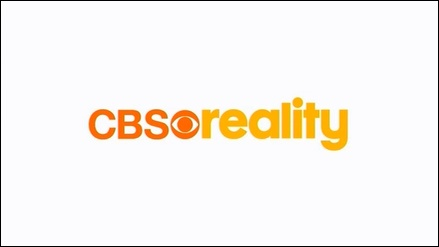 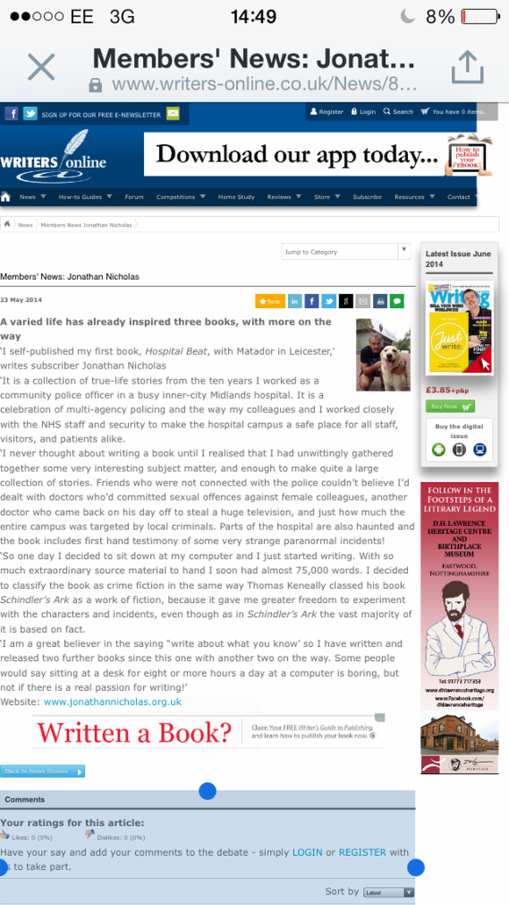 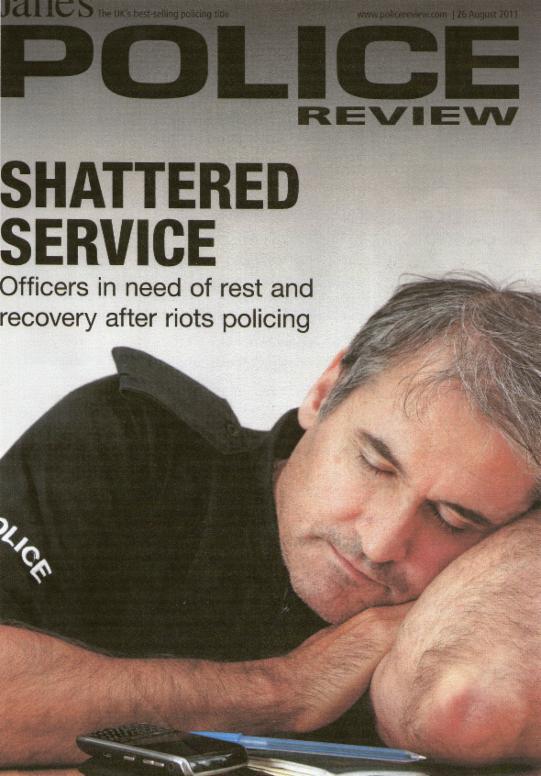 'Police Review', August 2011. I was a columnist for them when they needed a photo of a cop who looked 'tired and fed up', so I volunteered immediately!
www.wikiwormmagazine.com
The Tragic Romance of Africa
by Jonathan Nicholas & Dennis Hubbard
January 2014
Book Feature
Dennis was a naïve working class twenty-one year old Yorkshire lad when he left the cold dark streets of the Manor Estate in Sheffield to seek his fortune in Africa. It was 22nd November 1950. He was a naturally adventurous youth who’d grown up amid the death and destruction of the Blitz when German bombs rained down on his home city, and he was not afraid to try his hand at anything.
When he was offered a job working in the depths of tropical Africa he left his girlfriend behind and sailed to Cape Town.
His two week journey to Africa didn’t start well when he was befriended by a well-spoken but unscrupulous character at Waterloo station, but then he met his best friend to be, and fellow railway employee, Fred Leach. This was when his adventures began. When they arrived in Africa Dennis and Fred travelled together on a very unpleasant but eventful five day train journey north into the African interior, through the eastern Kalahari Desert, passing the Victoria Falls and finally reaching a remote mining town called Broken Hill (now known as Kabwe, in Zambia). This small settlement was surrounded by the vast but beautiful emptiness of the African savannah, and would be Dennis’s home for the next two years.
Dennis started his new job working for the Rhodesia Railways overseeing the safe transportation from the Copper Belt of thousands of tons of minerals by rail south for export. He also took a part time job working behind the bar at the Broken Hill Railway Recreation Club and was shocked to witness first-hand the excessive drinking which was far worse and much more problematic than any modern day binge-drinking. Dennis and Fred were recruited into the local Afrikaner Police Reserve and Dennis was forced to make an armed arrest of a local African man, which didn’t go quite to plan. Fred’s experience with the local police was worse still, when the severed head of a black African woman was carried into the police station by her husband.
Together with his friend and house-mate Fred, with an insatiable thirst for adventure Dennis immediately began exploring the African countryside first on a pedal cycle and then a small car, a ‘Flying Eight’. They drove further into the bush on rough and largely uncharted dirt tracks until they found what would become their favourite place of all: Mulungushi Dam.
They paddled a kayak on the magnificent gin-clear water of the ten-mile lake and fought with a very lively crocodile which was audacious enough to steal their catch from them when they were fishing! They befriended some native Africans in a nearby village contrary to advice from work colleagues and friends not to fraternize with the local black population. Dennis was shocked to see segregation and subjugation of the native Africans and repeatedly ignored such advice. 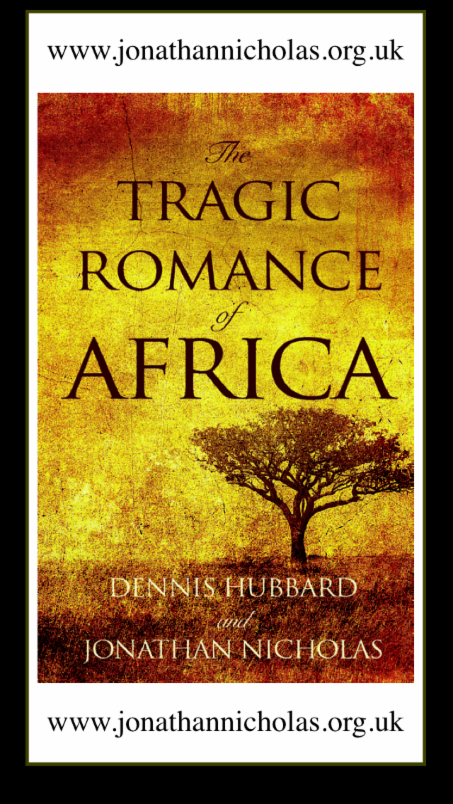 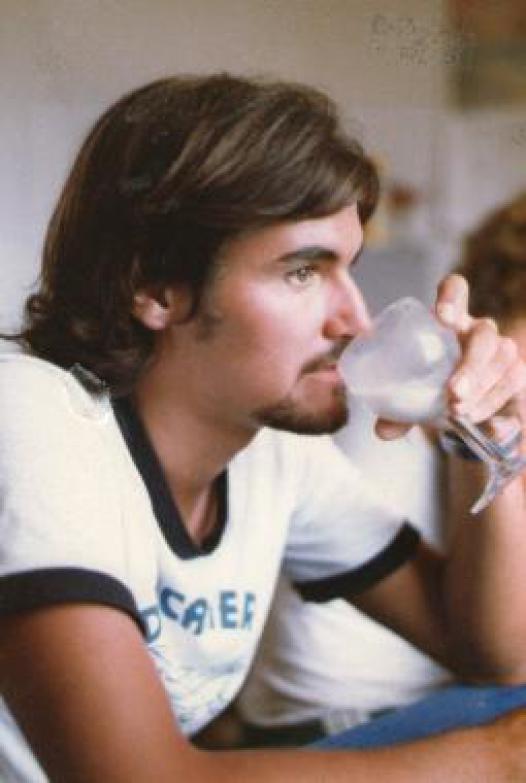 Jonathan Nicholas was born in England but left the country when he was eighteen years old and spent five years traveling around Europe, the Middle East, Australia and New Zealand. He is now an established travel writer and one of his books, Kibbutz Virgin, describes in detail his time spent living and working on a kibbutz in Israel.
Sheffield Telegraph:
Above: Nottingham's'NG' Magazine
Below: The Nottingham Post Weekend Book section, 19th Jan 2013: 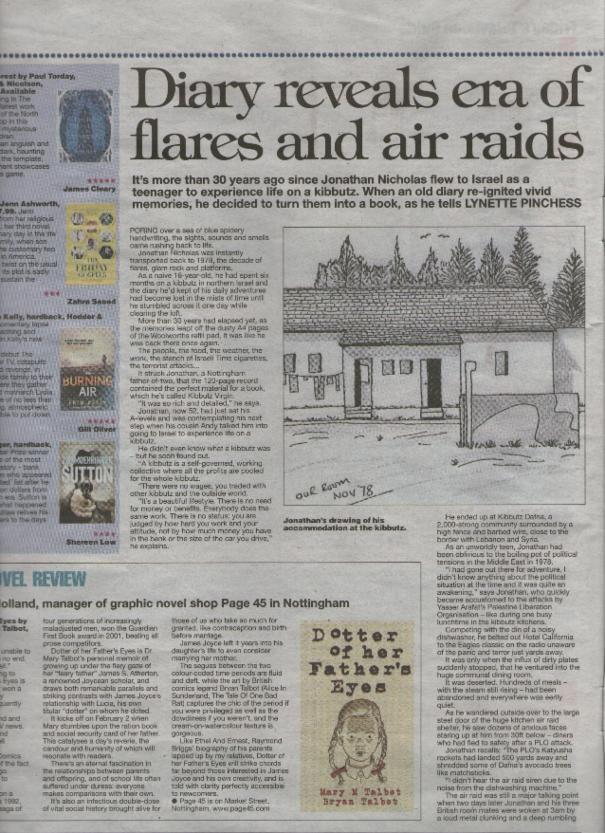 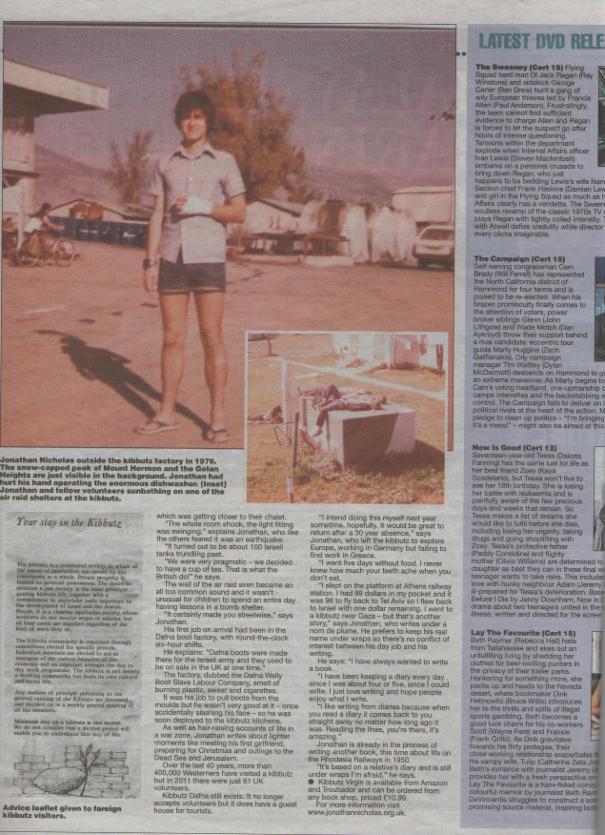 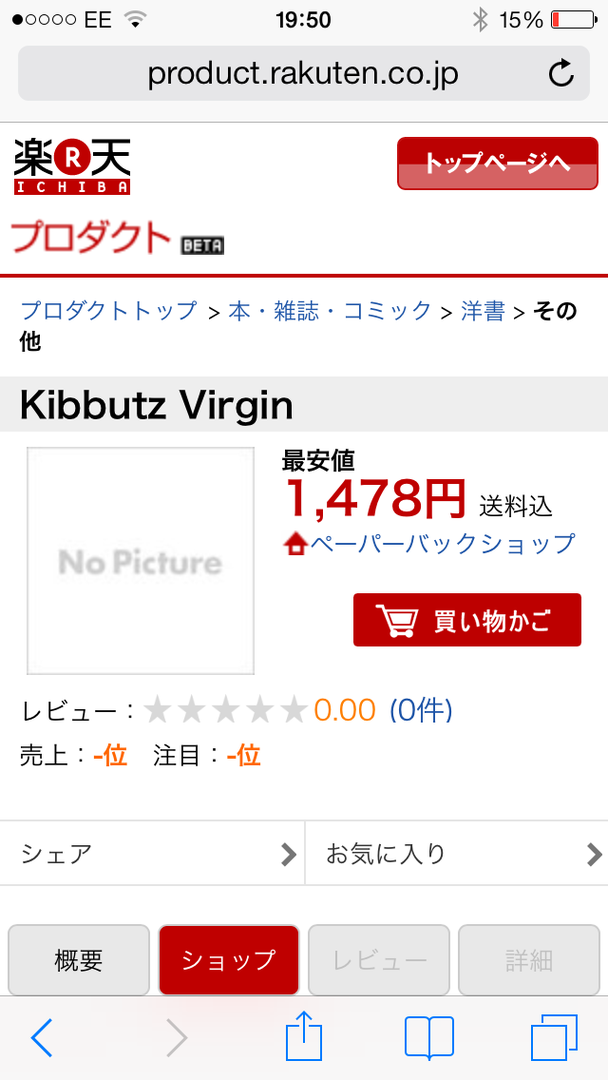