All Jonathan's books can be obtained directly from the publishers: books@troubador.co.uk, or from Waterstones, Foyles, Amazon, & many other retailers.

"Kittyhawk Down' is a fact-based novel about RAF Sgt Pilot Dennis Copping and his disappearance in WW2. His aeroplane was found in 2012 in the Sahara Desert, but why was it there and what happened to Dennis?

There is a Facebook page 'Kittyhawk Down - Dennis Copping and ET574' where you can see photos of the real people, places and aeroplanes mentioned in the book. 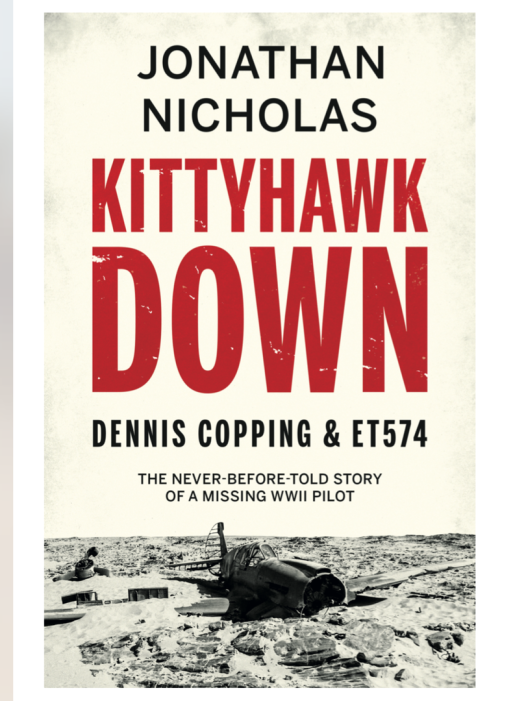 Below: Dennis Copping with Kittyhawk ET574 in the Egyptian Desert, 1942.(Photo courtesy of John James Pryor-Bennet) 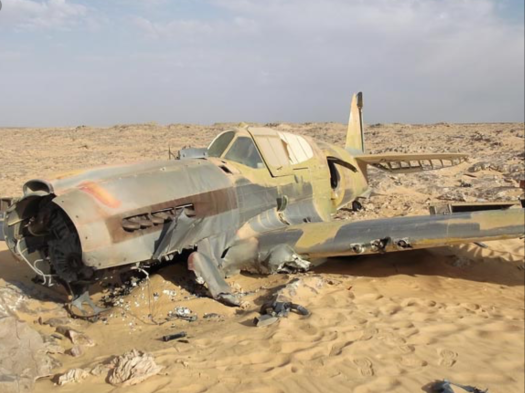 Kittyhawk ET574 on the day it was found in the Sahara by Jakub Perka,seventy years after it went missing. The cloth in the bottom left of the picture is Dennis Copping's parachute he'd used as a shelter.(Photo courtesy of Jakub Perka) 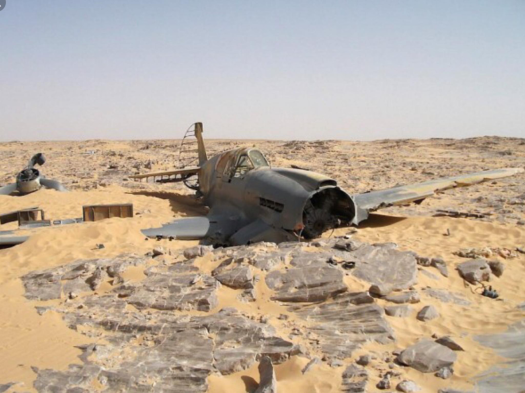 Kittyhawk ET574 as it was found in 2012 by Jakub Perka. ( Photo courtesy of Jakub Perka) 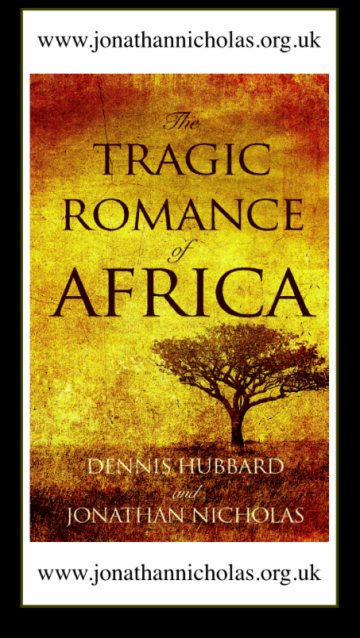 The Tragic Romance of Africa:

Dennis Hubbard was a naive 21 year old when he arrived at a small mining town called Broken Hill in tropical Northern Rhodesia, where he spent the next two years. They were to become the greatest and most formative of his life. Together with his best friend Fred, he became involved in expeditions deep into the African bush, first on pedal cycles and then in a 1946 Flying Standard motor car. They paddled a kayak on the lake adjacent to Mulungushi Dam, where they had first-hand encounters with the dangerous native wildlife - such as crocodiles and hippos - and many other near altercations with elephants, buffalo and baboons. Dennis and Fred were recruited to the local Police Reserve and Dennis was shocked to see the segregation and discrimination that existed at the time. He befriended some local Africans, contrary to firm advice from many other white people in Broken Hill.
Eventually, Dennis became truly absorbed into the colonial way of life just as the sun was setting on the British Empire. He used his rifle several times and became very familiar with the seemingly endless and beautiful savannah lands that surrounded Broken Hill. Towards the end of his stay in Africa, there was a heated romance with great tragedy in store for both Dennis and Fred, the horrendous circumstances of which will have the reader asking whether this is really a true story - unfortunately, it certainly is. Dennis was initially reluctant to share his story, and has so far kept this desperately tragic end of his stay in Africa a deep, dark secret...Until now.
The Tragic Romance of Africa is a compelling combination of travel writing and memoir that also gives a unique and rare insight into a snapshot of Africa's history. It's a book that at times reads like a novel due to its hard-to-believe content, and an account that is often hilarious, occasionally touching, sometimes moving but ultimately harrowing, set in a bygone age of colonialism, racism, exploitation and adventure. 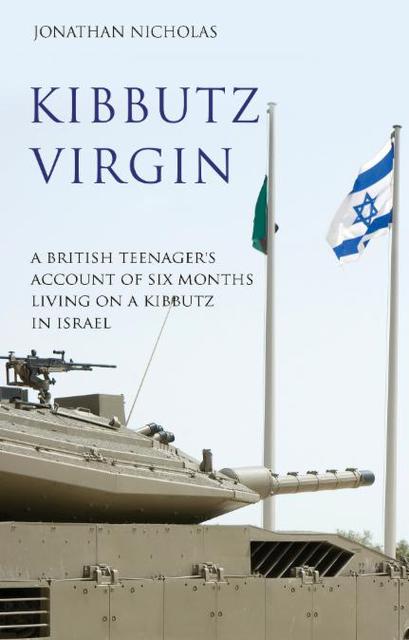 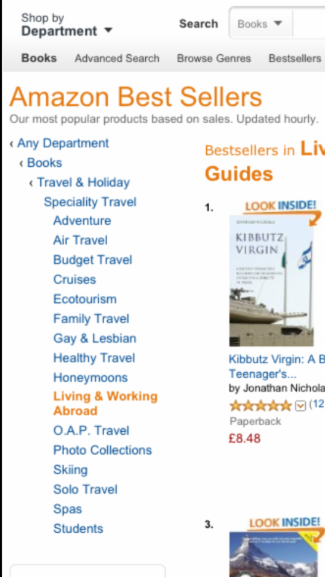 Paperback:
http://www.amazon.co.uk/Kibbutz-Virgin-British-Teenagers-Account/dp/1780882319/ref=sr_1_1?s=books&ie=UTF8&qid=1333816512&sr=1-1
Hospital Beat
Fact-based stories from a police officer working inside a busy inner-city hospital.Cases of theft by medical professionals including doctors, nurses and security staff.
Published in 2011 & the subject of disciplinary proceedings due to the author still being a serving police officer. 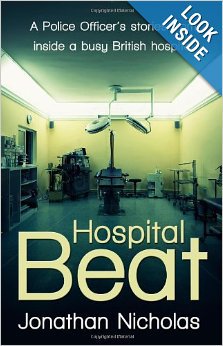 Drawing on evidence from prosecution files, hospital staff and police officers this is a revealing, sometimes amusing and often shocking insight into what really happens behind the scenes in a very busy hospital.
*** THIS BOOK WAS UNAVAILABLE TO THE BRITISH PUBLIC BETWEEN OCT 20 2012 AND FEB 20 2014 ON THE INSTRUCTIONS OF A UK POLICE FORCE DUE TO SOME OF THE CONTENT ***

The thirteen passages of the book which caused it to be BANNED BY THE POLICE for fifteen months:

1. From the chapter 'EAU', where I wrote a description of a nurse's legs, commenting in the book how nice I thought they were. I was told: 'We don't want the public to think serving police officers have such thoughts.'
2. From the chapter 'Bobby', where I describe in my own private thoughts a particular recidivist criminal as 'a scruffy, thieving, pernicious little bastard'. Cops are apparently not allowed to think such things.
3. The same chapter, where I went on to describe the same thieving bastard as 'a cockroach'.
4. Also the same chapter describing levels of acceptable dishonesty amongst the public. Clearly no dishonesty is permitted!
5. The chapter 'Coffee' where I disposed of a suspect device without calling the bomb squad, and risked blowing myself up. A clear breach of protocol!
6. The chapter 'logistics' where the words 'cunt' and 'twat' are used privately between myself and a colleague. 'We don't want the public to think police officers use that kind of language' they told me.
7. The chapter 'Jimmy' where I describe a violent criminal as a 'thin and scruffy bastard'.
8. The same chapter where I shouted at a violent criminal in the back of a police van after he'd been threatening doctors and nurses.
9. The chapter 'Race'. They didn't like this chapter. You'll have to read it.
10. The chapter 'Maternity', where I describe the great British underclass having babies.
11. The same chapter when describing a female criminal whose every other word she said was 'fuck'.
12. The same chapter when I charged a pregant criminal while she was actually giving birth.
13. The chapter 'Lies' where I describe a colleague perving at nurses.
So now you know just how politically correct the British police have become!
Amazon links to buy Hospital Beat:
Kindle version:
http://www.amazon.co.uk/Hospital-Beat-Officers-stories-hospital-ebook/dp/BOO6J9MTE6/ref=sr_1_1?s=digital-text&ie=UTF8&qid=1394257807&sr=1-1&keywords=hospital+beat
Paperback version:
http://www.amazon.co.uk/Hospital-Beat-Officers-Stories-British/dp/1848767544/ref=tmm_pap_title_0?ie=UTF8&qid=1407243420&sr=8-1
Oz - A Hitchhiker's
Australian Anthology
An astonishing true adventure, a hitchhiker's
twelve month journey around Australia.
Published in 2014
Amazon link:
Kindle version:
http://www.amazon.co.uk/Hitchhikers-Australian-Anthology-Jonathan-Nicholas-ebook/dp/B00LI9ER2Y/ref=la_B007VXK9DC_1_4?s=books&ie=UTF8&qid=1404580865&sr=1-4
Paperback version:
http://www.amazon.co.uk/Hitchhikers-Australian-Anthology-Jonathan-Nicholas/dp/1783064803/ref=pd_sim_b_1?ie=UTF8&refRID=02586BXCCEZ5E3WW28BH 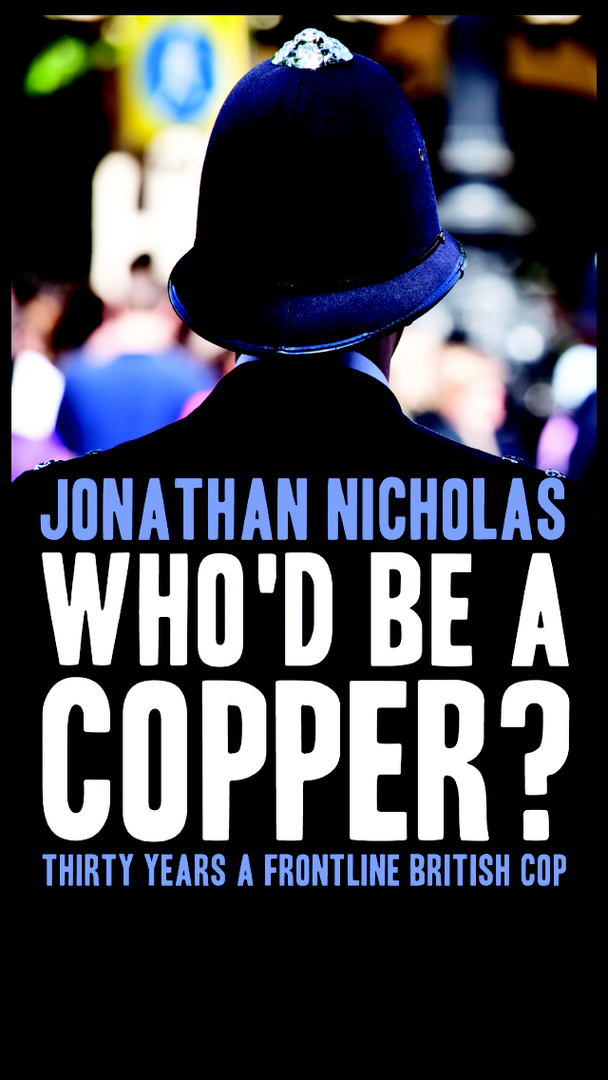 A true account of thirty years on the front line in Britian's police, as seen from ground level, a uniform constable's point of view. Written without the shackles of political correctness, you may be
shocked and surprised to find out what's really going on in Britain's police service.
Amazon UK link to buy the paperback:
http://www.amazon.co.uk/Whod-Copper-Thirty-Frontline-British/dp/1784622540/ref=sr_1_1?s=books&ie=UTF8&qid=1425980991&sr=1-1&keywords=whod+be+a+copper
Amazon link to buy the ebook :
http://www.amazon.co.uk/Whod-copper-Thirty-frontline-British-ebook/dp/B00UVQN6DG/ref=tmm_kin_swatch_0?_encoding=UTF8&sr=8-1&qid=1426768126
Amazon.com link to buy the paperback in USA:
http://www.amazon.com/Whod-Copper-Thirty-Frontline-British/dp/1784622540/ref=sr_1_1?ie=UTF8&qid=1426064592&sr=8-1&keywords=whod+be+a+copper 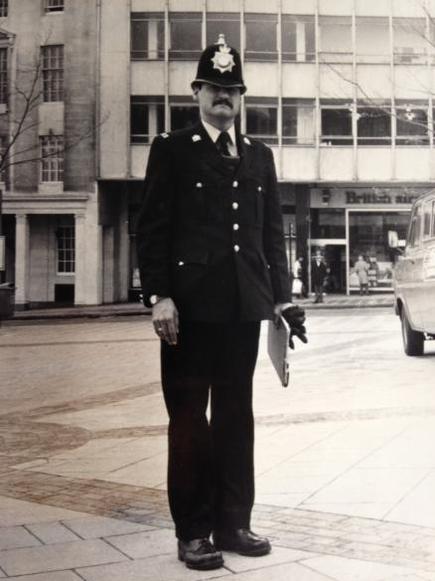 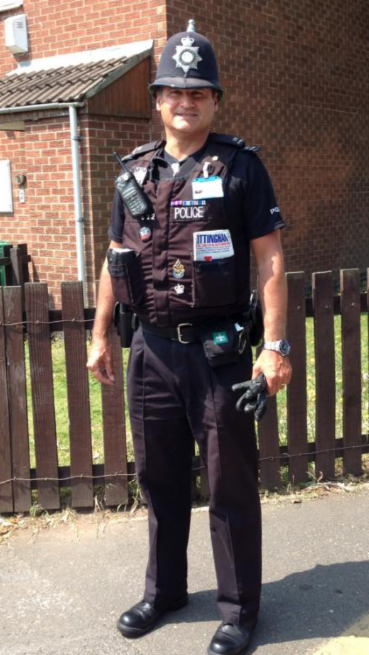 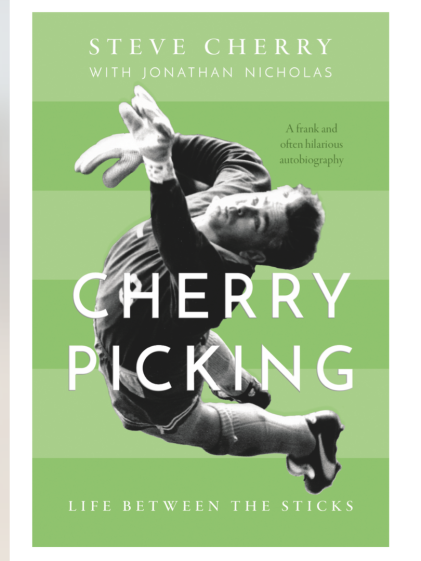