'We kept our own chickens which lived very much with us in a large home-made and quite malodorous wooden cupboard in the front room, so at least we almost always had fresh eggs. This was assuming no-one let the birds out by mistake, an error which would then lead to front room chaos of pantomime proportions. My dad had to chase them around the ground floor of the house in his desperately inauspicious chicken-pursuit mode shouting: ‘Come ‘ere ye little bastards!’ or words to that effect, occasionally taking poorly aimed and obviously futile swipes at the mutinous escapees with a stair rod while clambering randomly all over the furniture. It made a welcome change from him whacking me with it I suppose, and it was quite good entertainment too, as there was no television in those days. I couldn’t blame the poor chickens for sometimes wanting to hatch escape plans rather than eggs. They certainly caused major problems when they did escape, as there was insufficient space in the tiny room to dive full length at the errant, scheming birds. A decision had to be made very quickly when pouncing on them whether to hit the wall or aim for the open fire. I remember on one occasion while resolutely pursuing our cock bird around the house, my dad tripped over our bone-headed and snappy little Jack Russell dog and fell headlong into the fireplace. Luckily the fire wasn’t lit at the time, as his head and shoulders plunged straight into the grate with such a thump that many years of soot came crashing down the chimney in one great thunderous black cloud. After then managing to extricate himself from the chimney bottom and stand up, he turned around only to reveal to my absolute delight, and that of my brother, that he suddenly looked just like Al Jolson in full make-up, complete with black hands and face.'
From chapter one, 'An Adventurous Youth'
'As the London train gathered speed in the darkness I became terribly introspective, as my own reflection peered back at me mockingly in the darkened window. Was I happy, confused, or just plain mad? What would I find in Africa? Would I even return to Sheffield? I remembered my dad’s farewell comment a few hours before, spoken in his true Yorkshire vernacular:
“Weer’s tha’ goin’?”
“Africa,” I replied.
“Oh…” he said, bending over to put another lump of coal on the fire. A few minutes later he was buttoning up his coat in silence, and was gone, the front door banging loudly behind him as he went to work as usual at the furnaces in the huge Firth Brown steelworks in Sheffield’s east end.'
From the chapter: 'London'.
“Well, we need someone with a clear head, you know. Done any bar work, have you, do you think you can do it?” as he fixed a stare at me, pursing his lips then rubbing his chin with his right hand.
“Yes, I think so, I mean I haven’t done any bar work before but I think I can do it, of course, why not?” I replied, realising as he looked across his desk at me that he was either drunk or in the first stages of having a stroke.
“Then the job’s yours…” he said, just as he slowly closed his eyes and started sliding very smoothly sideways off his chair. He parted company with it and collapsed in an undignified heap on the floor next to his desk with an enormous thump, like a large sack of King Edwards potatoes. He was followed immediately by an avalanche of cushions which sprang off his chair and then partially buried him and obscured his face. He didn’t move or say anything. I didn’t know what to do and thought he’d died, so I jumped up and pulled the cushions away. At first it seemed as though he’d seriously and fatally cracked his head wide open until I realised his hair had flipped off his head in one great matted comb-over which then lay neatly alongside him on the floor. He suddenly started snoring like a walrus stranded on a beach, so to my relief I realised he was still alive.'
From the chapter: 'The New Job'.
'It was a particularly hot day and one of the first really dry days after the rainy season. Quite unannounced a young, well-built black African man walked in through the front door of the police station carrying a dirty and stained canvas bag. He was shaking and visibly upset, according to Fred, and with tears streaming down his face he walked straight past him and up to the sergeant in charge. He was cursing in his native language, either Shona or IsiNdebele, and dropped the heavy bag on the desk. He continued talking at the sergeant as though asking him questions in a desperately pleading and accusatory manner. The sergeant stood up and indicated for Fred and the other constables present to get hold of the man. Just before he was restrained he tipped the contents of the bag onto the table. It was a woman’s severed head. The man was dragged into the back of the station, along with the contents of his bag, which it later became evident was his wife. Fred was excluded from the next events but he says what he saw and heard he never wanted to witness again. He gained the impression the man was blaming the police for what had happened to his wife. It must have taken a huge amount of personal courage for him to walk into the police station the way he did.'
From the chapter: 'Police Reserve'. 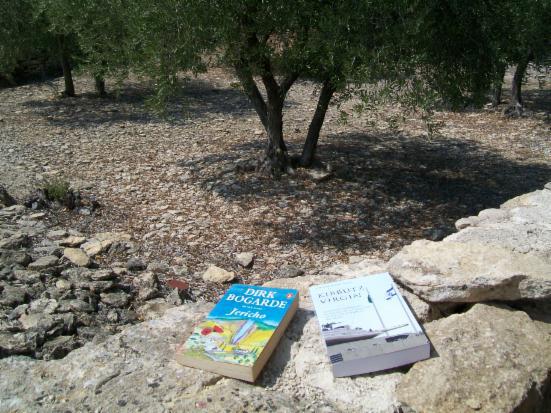